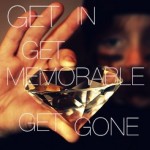 Hey folks! Growing weary of playing the same hot blooze licks over and over regardless of what’s happening behind you? Are those crazy sixteenth note runs you spent so much time practicing not getting your band more gigs or impressing the types of people whom you hoped would find you sexually attractive? Is your cat fat, skinny, or an in-between? Is your lead singer still saying crazy things like “you know, we really don’t need a long guitar solo in every song” except now you’ve come to notice those other people in the band (you know, the ones who play, uh, well, they just do whatever it is that they do) are now nodding in agreement? It may be time to consider implementing what we like to call The Jewel Thief Approach to Lead Guitar™. It consists of three simple rules, it’s quick and easy to remember, and might just save your playing, your gigs, the sanity of your bandmates, andÂ your music.Â

We said it was quick and easy to remember. The quick of it is the following:Â get in, get something memorable, get gone.Â

Sounds easy, right? It’s tougher than it sounds. What the Jewel Thief™ approach asks of you is the opposite of a thematic directive you’ve been taught as an educated person in any kind of developed Â Western civilization or educational system: more is better. More right answers on the test equals a better grade. More better grades means more college choices, more job offers. More time in the office equals more money, more happiness, more of the pie for you. More weight lifting means more muscle. More time getting your look right makes you more likely to impress your date. More beer means more courage. And so on.

It’s time to consider getting *more* by doing *less* while focusing on doing those things well.

We all get it: playing *lead* guitar is both fun and satisfying to the ego. To sayÂ “I playÂ LEADÂ guitar”Â says I’m special, I’m aÂ leader. It sounds like an important title, terse yet not without some pomp and the whiff of assigned authority. The lead guitar player is not just some Sergeant, but isÂ Sergeant Major; not the bishop, but the Archbishop. It declares some kind of special skill that requires its bearer be credited with an adjective above and beyondÂ the bare descriptive of ‘guitar player’. And such a player wouldn’t be playing lead guitar or calling themselves the lead guitar player unless the rest of the band thought he or she wasn’t great, right?

Well, here’s the ugly secret all of us who play with any degree of seriousness know deep down inside: being a lead guitar player is not that hard, and doesn’t require any certification to call yourself one. Doing it well, intelligently, and exceptionally can be a lifelong difficult pursuit that can require actual, genuine work. But the instant you learn a minor pentatonic or blues scale – usually around week three or four of most formal one-on-one guitar instruction, or the third or fourth time of getting that person who knows everything to come by and show you some stuff – you can, and probably did, start playing LEAD guitar.

If the purpose of even playing lead guitar is to impress people, and show them just “how good you are at lead guitar”, a skill set that may have a less challenging introductory learning curve than DIY automobile repairs, tuneful singing or embarrassment-free dancing, think back to the times you’ve been impressed with a guitar player based on some acrobatic display of chops. Now think back to being horrified by some lackluster hack endlessly loudly wanking away in the guitar store trying to impress people. Guess what? They were both going for the same thing with their musical goals.

Instead of planning around how you want to be perceived via some title or role, let’s think about the music. Do you have something musically to say, or is your playing a lead part some thing you feel you’re owed, as befits your rights, privilege, and status as a *lead* guitar player, like some kind of…entitlement? Yuck.Â Get inÂ that song. What would you want to hear? What would you like the listener to feel? What kind of tone might make this different or fun to listen to? Is there a musical purpose to your lead guitar part? Cutting to the chase – what do you really want to say?

GET SOMETHING MEMORABLEÂ Here’s where things can go in any number of different directions. Johnny Marr of The Smiths once said on MTV that he imagined his guitar parts more like piano parts, to take his focus away from traditional patterns and playing. Many players I know can hum the solo to “Stairway to Heaven” or “You Shook Me (All Night Long)” even if they haven’t heard it for years. Most of the guitar solos we call the “greatest ever” are genuinely melodic and memorable – heck, even “Eruption” and its hummingbird winged tremolo picking moments are playing parts that many listeners could repeat.

So why is it then that when given the chance to express themselves in a lead break, most guitar players instantly just start playing finger patterns and licks?

One of the first experiences that planted the seed of the Jewel Thief idea in my head came while listening to Mike Campbell of Tom Petty and the Heartbreakers. When they played at my university in the early 1990s, everybody I knew in the dorm after their show said something along the lines of “well damn, that guitar player sure can play”. I don’t think he threw anything flashier than an eighth note, and that might have been by accident. But the collected body of memorable, great *sounding* work he presented over the course of the evening definitely entertained and made an impression on an audience.

His short lead breaks start at 0:10, 1:24, and 2:51, with a short stab right before the second chorus at 1:58. At no point in his lead breaks does Campbell take away from the tune, and he manages to work with, rather than against, both the ostinato keyboard part that is the primary hook of the song, and the oscillating synth swells that preface each of his phrases. Each of the three short breaks is finished more aggressively than the one before; first with a delicately hanging, unresolved pull off note, the second time with a firm plucked slide down the low E string, and on the third, digging in with a menacing, overdriven minor key double stop before the final verse. Finally, he closes the song with a memorable, chiming repeated phrase of ear-candyÂ over the chorus progression from 4:13 to the finish, mirroring the aforementioned keyboard hook throughout the verses and bringing a song with a moody, mostly minor feel toÂ an uplifting, major resolution.

As Walter Sobchak would say, “Dude,Â he was the rug that really tied the room together.” It’s pretty amazing what you can do musically when you do it with musical purposes.

GET GONEÂ And now for your final challenge: like a jewel thief, you want to get out in a hurry without overstaying your welcome. You’ve gotten what you came for with your lead break. Now it’s time to make an exit. That means now, cause when the police siren (drum fill/singer) arrives after bar 8, bar 12, or 16 (pushing your luck) comes, it’s time for you to be done.

Really, do you think you have more to show and say than Eddie Van Halen in 1977 during the recording of Van Halen I?

Here was a young, 22 year old legendary and gifted gunslinger who was FULL of stuff to legitimately introduce to the world at this moment in time. His fabled “brown sound” tone was innovative, he’s about to popularize and use a finger tapping technique in this genre unlike anyone before, and he’s already turned away offers from huge bands to do things the way he and his mates have been working towards for years.Â He’s readying for an arrival, and everyone around him, from his bandmates to producers, label execs and audiences can sense that it’s going to be world-changing for rock guitar in a way unlike anyone since Jimi Hendrix.

And what will be the first song, on the first album, that will introduce the world to this legend? Well, that would be “Running With The Devil”.

The melodic lead break starts at 1:59, and ends at 2:09, a mere ten seconds and four bars (!) later. When he comes back for more at 2:59, he again repeats the same melodic four bars! This is the greatest flash guitar player in rock history, and he plays it close to the vest like a ninja and bails out early on both opportunities, grabbing the listener’s ear but leaving plenty on the table. Why?

First off, the part he played was the best thing for the song, and exactly what his lead break was intended to achieve. “Running With The Devil” was not to introduce the singular Eddie Van Halen, but to introduce the world to Van Halen as a band with a distinctive attitude, gift for melody and swagger. These qualities are grander, badder, and more rock and roll dangerous than demonstrating somebody’s finger dexterity or techniques. But secondly, EVH could back up his restraint because, as we came to learn over the course of that album, and the next thirty four years and counting, Eddie Van Halen had plenty more where that came from. He didn’t need to prove it and show every chop he had in every solo he did on every song. He didn’t need to waste his veritable arsenal of sonic tricks and chops and repeat himself endlessly. It was like he was telling the world “trust me, you’ll know when I decide to fight you right handed.”

If you love music, and plan to contribute lead breaks on guitar, consider playing things with a specific musical purpose, making something melodic and memorable, and getting to the point. Get in, get something memorable, get out. You might find that your library of chops can go further, you’ll play better and more unselfishly with your mates as an integral part of the song rather than on top of or in front of it, and maybe most importantly, by playing something that you intentionally mean to play, you might play something that much more meaningful.